Knit Picks Fall 2008 catalog is out so I'm in the clear to blog about my first official sample knit for them. It was both a fun and challenging piece. At one point I was working from 4 cable charts while simultaneously decreasing the raglan shoulders. The photo's show the process from week to week.
I must have caught the 'cabling' bug, because all my projects after this had some sort of cable work. 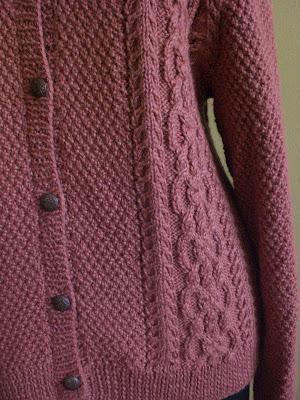 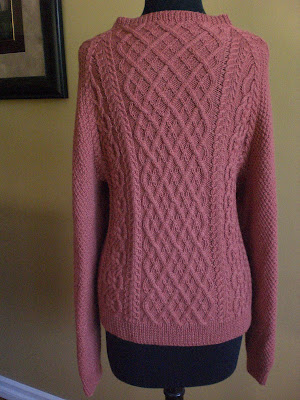 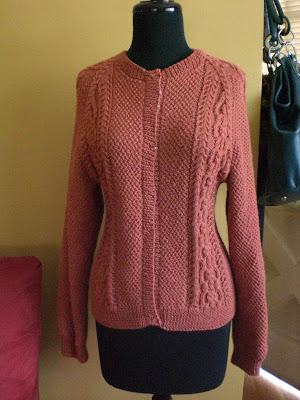 Before buttons and blocking. 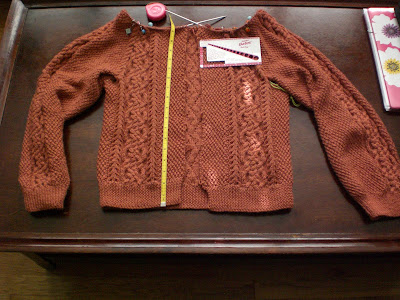 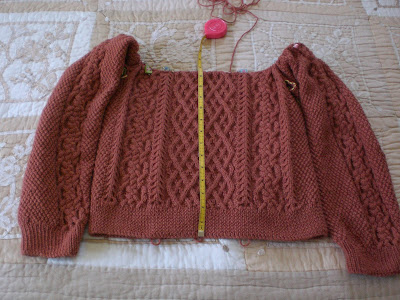 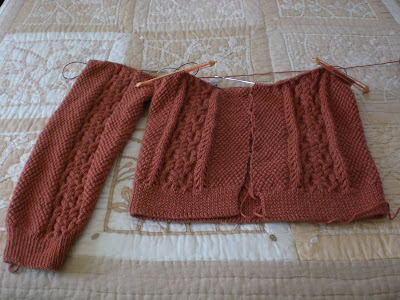 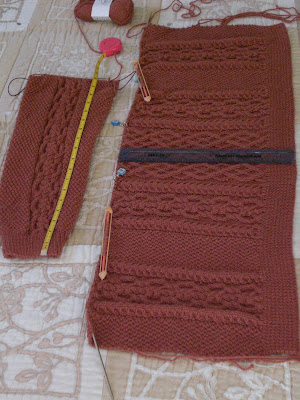 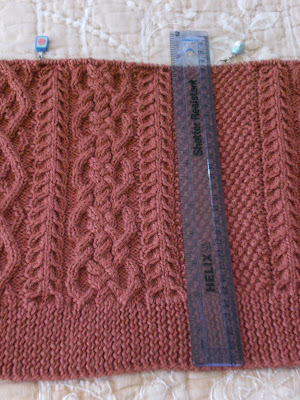 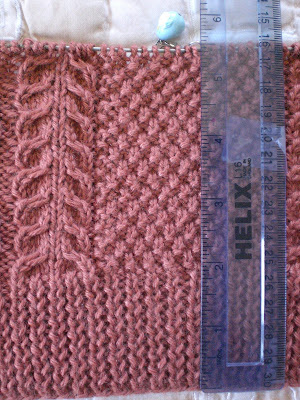 This photo is courtesy of Knit Picks from the Fall 2008 catalog. "Ummm...Excuse me...could someone pull the bottom ribbing down on the model - please???" (Le'Sigh) 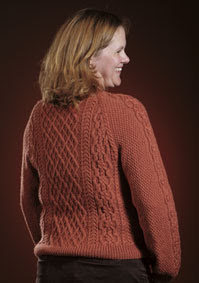 This is a Flickr badge showing public photos from No Knit Sherlock!. Make your own badge here.