So I imagine most who read this, knit. That said, if you are not a knitter it will probably sound like I'm speaking a foreign language. Sorry folks, it's all knitting related from here on in. 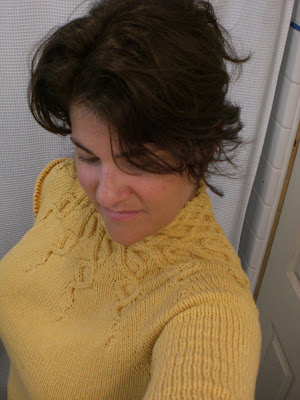 I am currently engaged in a battle of knits. Twist Collective released it's first online issue right before the Olympics. I have been stalking the site ever since I got wind of it on Ravelry and as you can see by my teaser photos, Wisteria was number one on the must knit list. 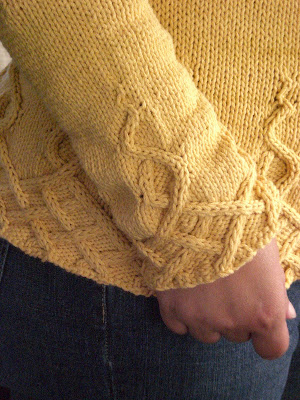 I also jumped on the Ravelympic band wagon and signed up for three "events" to be completed during the Summer 2008 Olympics. The first was the '"Sock Put'"- basic socks in Vesper self striping goodness. Colorway is Meteor. 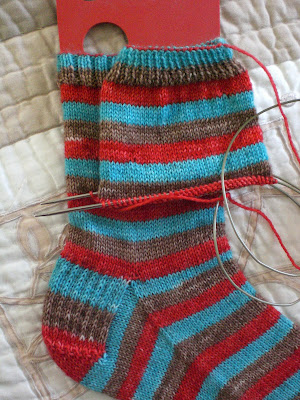 The second event is the "Home Stuff Hammer Throw". I cast on the lace cafe curtain from Knit Picks to complete the top part of back door window ensemble. (fancy schmancy for set) 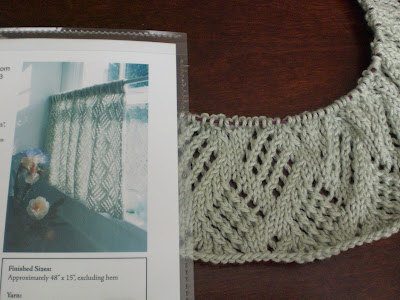 And the third and final event is "WIP's Wrestling" I shall attempt to complete the Advent Calendar I started...um, when did I start this? Anyway, I'm gonna try and finish it, okay. 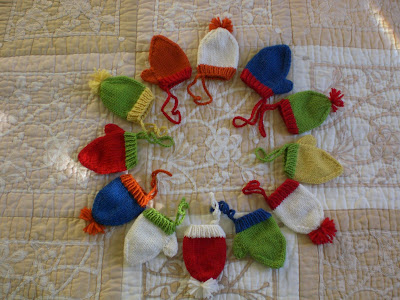 So right now it looks like a dead heat. Wisteria is currently in the lead, but with the Olympic closing ceremonies fast approaching Cafe curtain and Meteor socks may take the gold. Although, never underestimate the power of early holiday gift knitting. At this point in time, it's anybodies game.

This is a Flickr badge showing public photos from No Knit Sherlock!. Make your own badge here.